Roman Umbria
You are here:
Home » Useful information for visitors to Umbria » History and Culture of Umbria » Roman Umbria 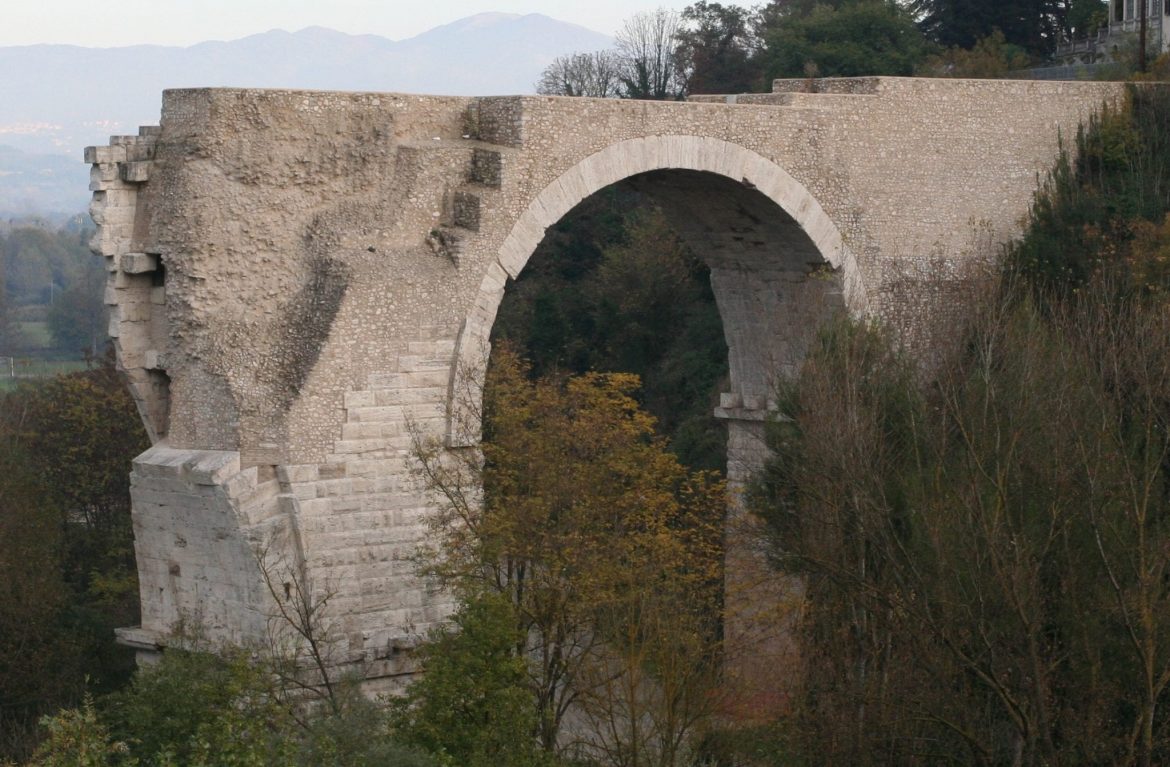 All about Umbria, History and Culture of Umbria, Sights of Umbria, Useful information for visitors to Umbria

Umbria is named after its earliest identifiable inhabitants, the Umbri tribe, who settled in parts of what is now Umbria in the 6th century BC. Their language was Umbrian, a language related to Latin. The modern administrative Region of Umbria, however, covers a rather different area of Italy from that bearing the same name in Roman times. Roman Umbria extended through most of what is now the northern Marches, to Ravenna, but excluded the west bank of the Tiber – and thus for example Perugia, which was in Etrucia – and the area around Norcia, which was in the territory of the Sabines.

The importance of Umbria in Roman and mediaeval times was intimately bound up with the Via Flaminia, the consular road that supplied Rome and served as a military highway into and out of Rome. Once the Roman empire collapsed, Umbria became a strategic territory fought over by the Church, the Lombards and the Byzantines, and suffered consequently, becoming partitioned among them and disappearing from history. The modern use of “Umbria” is due to a rebirth of local identity in the 17 C.

Because of its relative closeness to Rome, Umbria has a great many more Roman remains than Tuscany, and we list here some of those most interesting to the visitor to the principal towns of Umbria.

Roman theatre, the second largest theatre in the Roman empire after the theatre of Marcellus in Rome.

The main and spectacular Roman remnant near Narni is the huge Roman bridge known as the “Bridge of Augustus” – photo at the top of the page.

Temple of Saint Michael Archangel (Tempio di San Michele Arcangelo) probably dating from the 5 C but constructed on the remains of a Roman temple which in its turn was built on a site sacred to the Etruscans.

The Roman theatre, mostly recreated. The scene is occupied by the former church of St. Agatha.

Ponte Sanguinario, a Roman bridge 1st century BC. The bridge is now below ground level but is in an excellent state of preservation and easy to visit.

Roman amphitheatre (2 C AD) was converted into a fortress by Totila in 545. Now only partially visible but long sections of the lower ambulacrum, together with a part of the upper ambulacrum, can still be seen.

Casa Romana (Roman House) next to the Palazzo Comunale, just above the level of the Roman Forum.

Ponte delle Torri, the most famous structure at Spoleto, is a striking 13 C aqueduct, possibly built on Roman foundations.

The Church of Sant’Ansano was constructed in the 18 C over a series of former buildings including a Roman temple (1st century AD).

The Basilica of San Salvatore (4 – 5 C) incorporates the cella of a Roman temple and is one of the most important examples of Early Christian architecture anywhere.

Carsulae is an archaeological site not far from Terni, in southern Umbria. It was a prosperous halt on the consular Via Flaminia, equipped with thermal baths, theatres, temples and tombs.

Cascata delle Marmore, just a few km outside of Terni, is a waterfall created by the ancient Romans. The height is 165 m (514 feet), making it one of the tallest in Europe. Its flow is sometimes diverted in order to supply a power station. A path along the falls allows the visitor to hike up to the top of the falls.