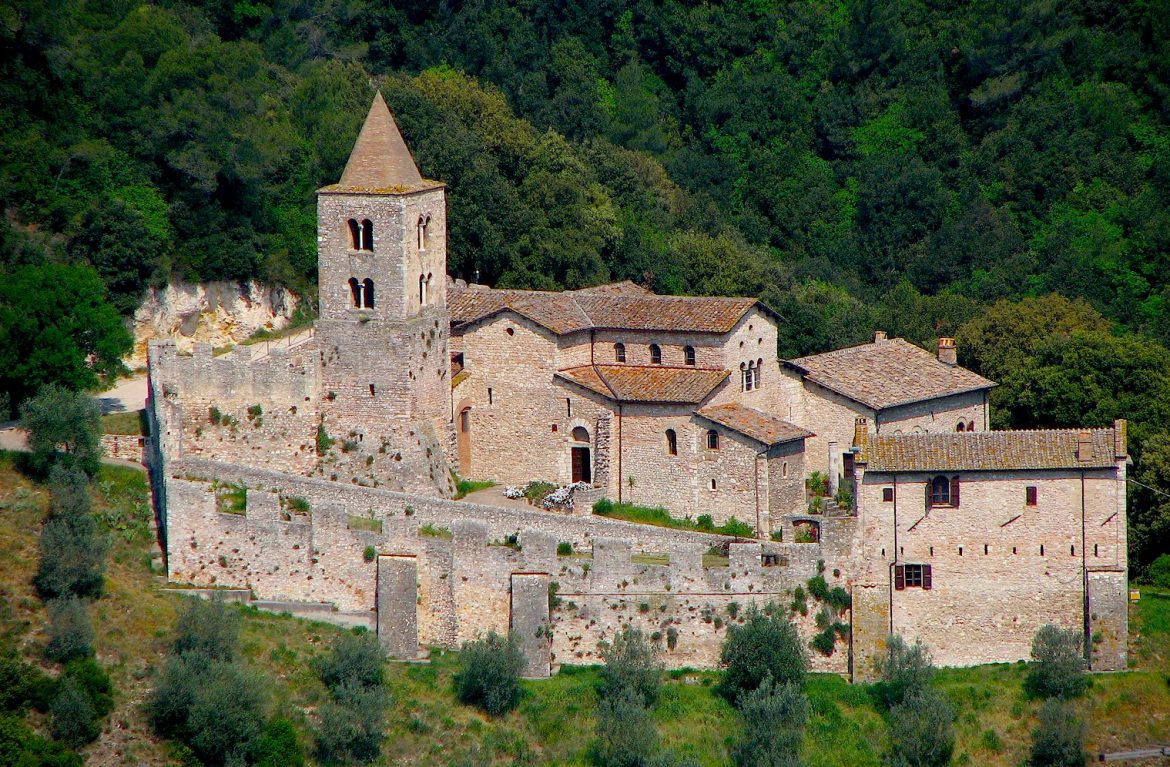 Abbey of St. Cassiano in Umbria

The Abbey of San Cassiano

The Benedictine Abbey of St. Cassiano near Narni, Umbria

The fortified Benedictine Abbey of St. Cassiano is beautifully located on Monte Santa Croce, overlooking and controlling the Nera, in Umbria. The abbey dates back to the 10 C, to the time of narnine Pope John XIII (965-972) and the Abbot S. Orso. The abbey was built on the site of a fortified monastery dating back to the Gothic Wars (6 C), and was probably built by the famous Byzantine general, Belisarius, similarly to the one dedicated to St. Juvenal, built at Orte in the time of Pope Virgil (538-555). The two fortified monasteries guarded the gorge of the Nera, which was the last defense of the Byzantine corridor that ensured territorial continuity between Rome and Ravenna.

The Abbey of San Cassiano consists of a church, a tower with a spire in the shape of a square pyramid and various dependencies that were once the habitation and places of worship of Benedictine monks and are now available to pilgrims. The entire complex is surrounded by crenellated walls. In all probability the church was the first Benedictine foundation of the territory and other nearby monasteries developed based around this one. Recent renovations have returned the church to the original Greek cross plan with three apses, one of which is occupied by the tower. The facade is simple, with a portal decorated with concentric arches and pillars and a mullioned window. The interior is spacious, the four round arches resting on columns with elegant marble bases and capitals.

Narni Narni in Umbria is first referred to as “Nequinum”, a populated nucleus dating back to about 600 BC. By 299 BC, Narni had become a Roman colony named “Narnia”. The name comes from the nearby Nar river, which is called…
Read More »