Deruta
You are here:
Home » Towns of Umbria » Towns in the Province of Perugia in Umbria » Deruta 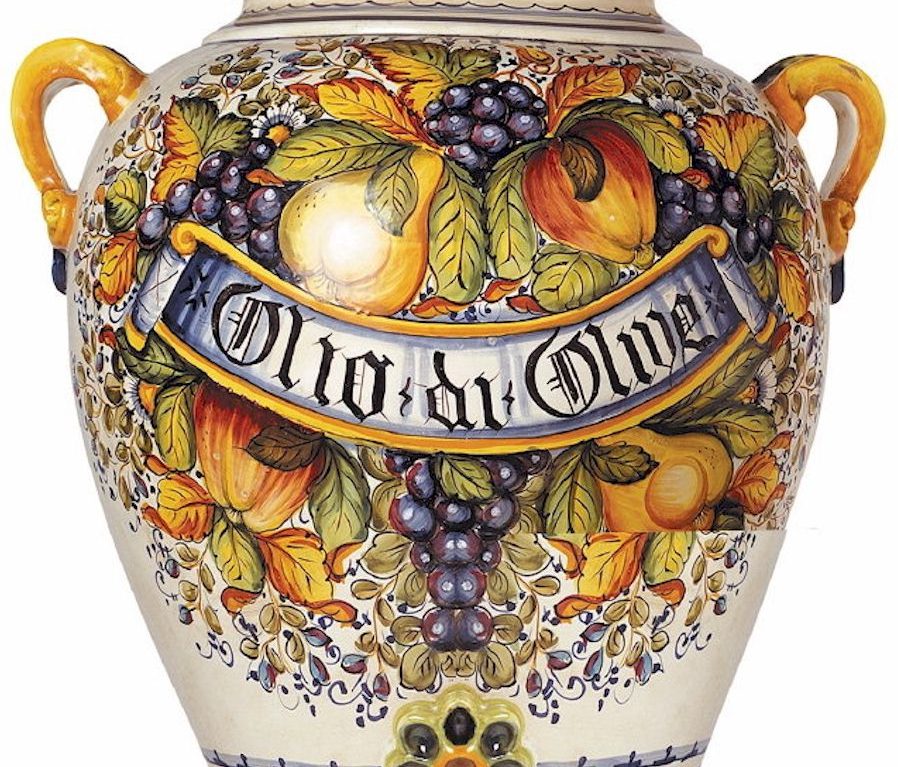 Deruta is an Umbrian hilltop town famous for its glazed and hand-painted pottery production. The style is extremely characteristic and, although imitated elsewhere, the best examples are still to be found in Deruta. The local clay is good for ceramics although by no means uniquely so since there are centres of ceramic production throughout Umbria and Tuscany.

Majolica production began in Deruta during the Early Middle Ages and reached its artistic peak in the 15 C and early 16 C, with highly characteristic local styles, such as the “Bella Donna” plates with stylised portraits of beauties, whose names appear on fluttering banners along with flattering inscriptions. Lack of fuel is said to have encouraged low firing temperatures, but from the beginning of the 16 C, Deruta compensated for this with its metallic lustre glazes in gold and ruby red. From the 16 C onwards, Deruta has produced so-called “Rafaellesque-ware”, decorated with fine arabesques and grotesques on a brilliant white ground. The name refers to Raphael (Raffaello Sanzio) who habitually adorned the borders of his frescoes with symbolic decorations depicting dragons and mythical animals. It is possible that knowledge of his designs made its way to Deruta to inspire the development of this style. Deruta, along with Gubbio, also in Umbria, and Urbino, nearby in Le Marche, continues to produced some of the finest Italian majolica.

More about: Deruta, its history, architecture and ceramics.

Norcia Norcia, Italy is located on the flat floor of a valley around 600 m high in the Sabbine mountains of Umbria, Italy, between the Sordo and Torbidone rivers. Norcia has long been inhabited and gained political importance in Roman times,…
Read More »