Perugia - things to see and do at Perugia in Umbria, Italy

Perugia
You are here:
Home » Towns of Umbria » Towns in the Province of Perugia in Umbria » Perugia 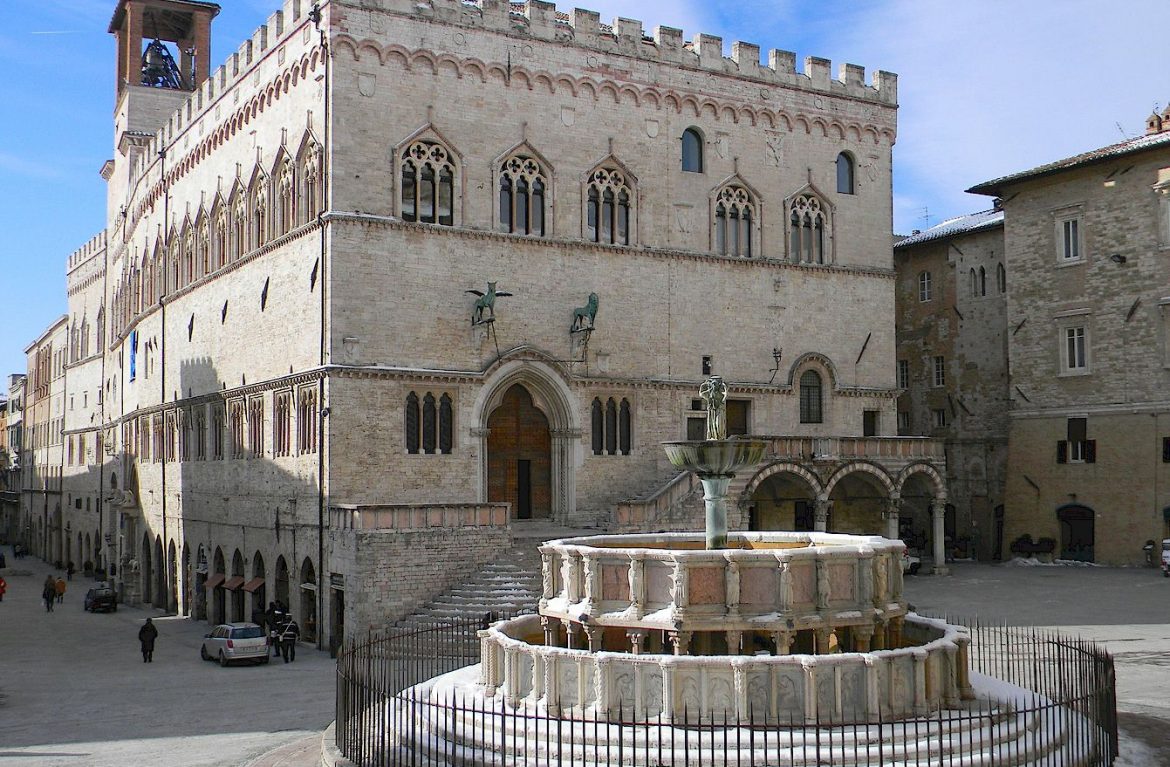 Things to see and do at Perugia in Umbria, Italy

Perugia is the capital of Umbria and one of the principal “art cities” of Umbria and indeed of Italy, and presents a rich feast of architecture, frescoes, paintings and historical artifacts. The location and climate of Perugia, as well as its reasonable size, add to the pleasure of a visit and make it an ideal base for visitors to Umbria. The Piazza IV Novembre of Perugia is the focus of the town and site of the Duomo, the Cathedral of S. Lorenzo, and the splendid Fontana Maggiore. The Palazzo dei Priori (the Town Hall, encompassing the Collegio del Cambio, Collegio della Mercanzia, and Galleria Nazionale) forms another side of the piazza. Other major sights in and near Perugia are the Church of San Pietro and the Tempio di San Michele Arcangelo, a round church built on the foundations of a Roman temple.

Perugia should not be missed by anyone visiting central Italy, especially Umbria or Tuscany. Perugia is quite large by Umbrian standards (about 170,000 inhabitants) and is the home of two well-established Universities. However it is the concentration of Renaissance art and architecture as well as the pleasing ambience that attracts visitors here and provide endless things to see and do. Among the main sights of Perugia are the Fontana Maggiore, which is mediaeval and the Palazzo dei Priori (the town hall, encompassing the Collegio del Cambio, Collegio della Mercanzia, and Galleria Nazionale), which is one of Italy’s greatest Renaissance buildings. The Collegio del Cambio has frescoes by Pietro Perugino, while the Collegio della Mercanzia has a fine later 14 C wooden interior. The Galleria Nazionale dell’Umbria, the National Gallery of Umbrian art from the Middle Ages and the Renaissance houses outstanding paintings by Duccio, Piero della Francesca, Fra Angelico and Perugino.

The Cathedral of San Lorenzo is the “duomo” and principal church of Perugia, rivalled only by the Basilica of San Domenico. Unlike most cathedrals, the cathedral of Perugia has its side facing the city’s main piazza towards the Fontana Maggiore and the Palazzo dei Priori. The Loggia di Braccio, an early Renaissance structure attributed to Fioravante Fioravanti from Bologna and commissioned by Braccio da Montone in 1423, is located on this side. It was formerly part of the Palazzo del Podestà, which burned down in 1534. Under it there is a section of Roman wall and the foundations of the old campanile.

In addition to the treasures of Perugia itself, Lake Trasimeno and its islands make an excellent one day excursion.

Worth an extended visit. More about the beautiful city of Perugia.