Carsulae
You are here:
Home » Useful information for visitors to Umbria » History and Culture of Umbria » Carsulae 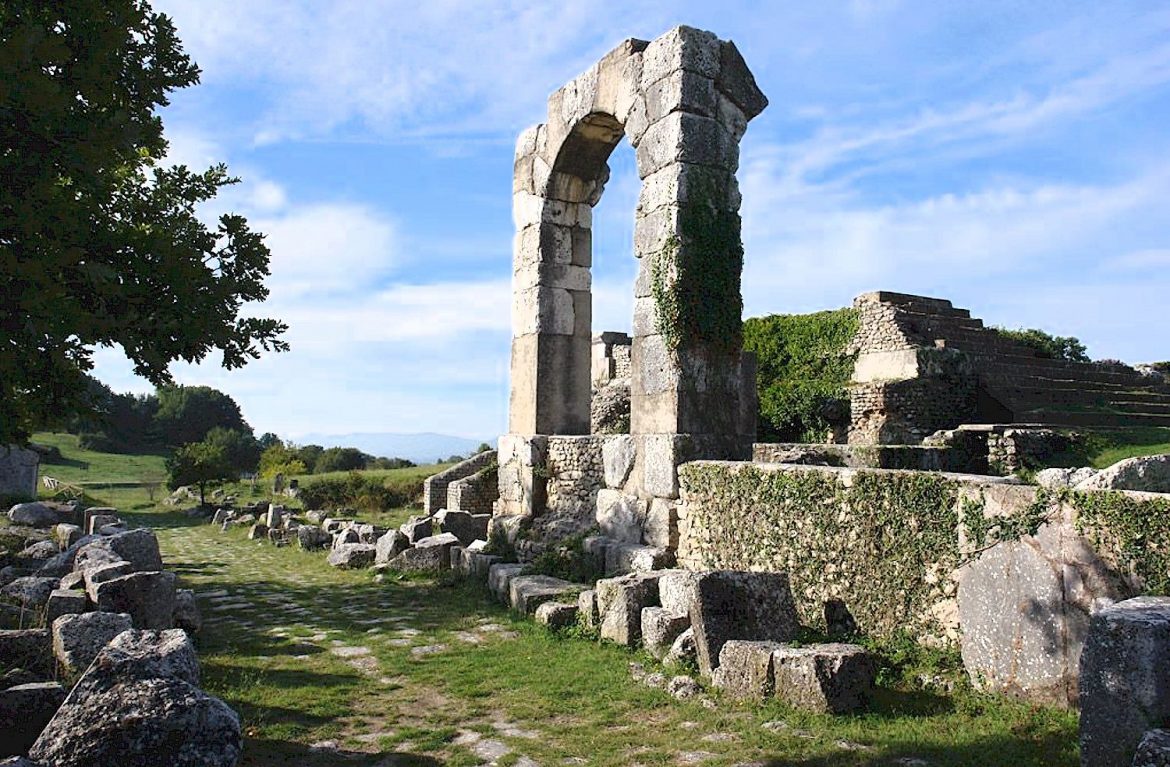 Carsulae is one of the most important archaeological ruins in Italy. It is located about 4 km north of San Gemini, a small municipality in the province of Terni. The municipality of Montecastrilli (Montes Carsulis) is nearby.

The official founding of Carsulae is generally agreed to have taken place in about 300 BC. Carsulae’s growth into a major town only took place, however, with the building of the via Flaminia, in 220-219-BC. Carsulae probably originated as a mansio, a rest stop and watering place for travelers, traders and soldiers.

When the via Flaminia was built, its western branch ran northwards from Narni, sparking the development not only of Carsulae, but also of Acquasparta and Bevagna. This branch of the road courses through a gently rolling upland plain at the foot of the Martani mountain range, an area that had been heavily populated since the middle of the Bronze Age. The eastern branch proceeded from Narni to Terni, north to Spoleto, then past Trevi and finally to Foligno, where it merged with the western branch.

During the reign of Augustus, Carsulae became a Roman municipium. During the Augustan period, a number of major works were begun, eventually including the amphitheatre, most of the forum, and the marble-clad Arch of Trajan (now called the Arco di San Damiano).

During its golden age, Carsulae, supported by agricultural activity in the surrounding area, was prosperous and wealthy. Its bucolic setting, its large complex of thermal mineral baths, theatres, temples and other public amenities, attracted wealthy and even middle class tourists from Rome.

However, while all the other towns and cities, mentioned above, on the two branches of the via Flaminia continue to exist, nothing but ruins remains of Carsulae, which was abandoned and never resettled. The only subsequent building that took place occurred in paleo-Christian times, about the 4 C or 5 C, at the southerly entrance to Carsulae, where the church of San Damiano, still standing today, was built for a small community of nuns on the foundations of an earlier Roman building.

For centuries after it was deserted, Carsulae was used as a quarry for building materials that were used elsewhere, such as in Spoleto or Cesi, where Roman tombstones may be seen built into the church of S. Andrea, but otherwise, it was left alone. Consequently, archaeologists have been able to map the city with considerable detail.

Exactly why Carsulae was abandoned is unknown, but two plausible possibilities are, firstly, that it was almost destroyed and the site made inhospitable by an earthquake, and second that it lost its importance and as a result became increasingly impoverished because most of the important north-south traffic used the faster eastern branch of the via Flaminia. J.B. Ward-Perkins suggested another effect of increasingly unsettled times from the 3 C, when the very trunk roads that had been economic lifelines became access roads for hordes of unpaid fighters: “Henceforth the tendency must have been to move away from the roads, until by the Middle Ages the roads themselves were as bare of settlement as they had been when they were first built.”